0 shares
Last month I went to an event called Professional Beauty Ireland where hundreds of beauty professionals gathered in Dublin to get amazing discounts on beauty products and services. About a month before it, I received an email from Professional Beauty Ireland to attend a champagne blogger reception during the event. My friend Aoife said she would come with me so we headed to Dublin for the day to get some great deals. 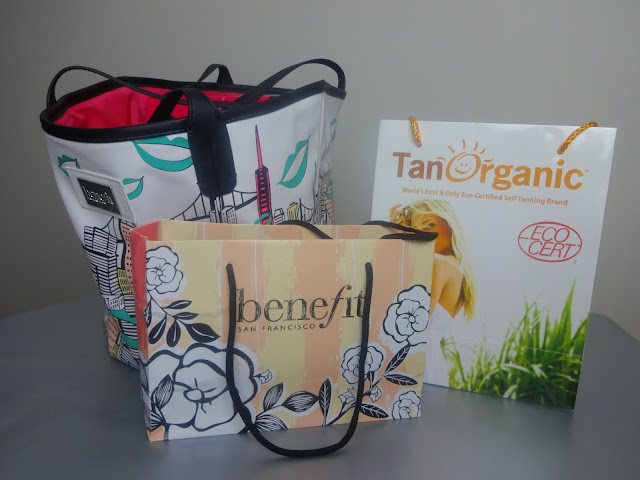 I had to try to restrain myself from spending all my money because there were some amazing savings to be had, but I did get a few things including some Christmas presents from Benefit where there was 10% off everything. 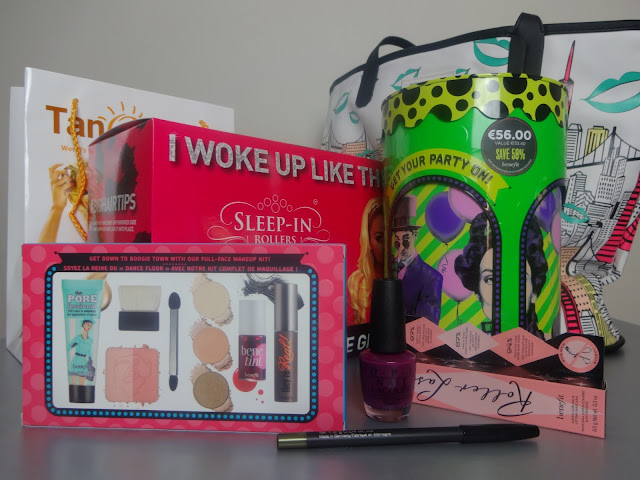 The first few things that I got were Benefit’s Rolller Lash, an OPI nail lacquer and a Gosh eye pencil. Both Aoife and I got an eye pencil free when we attended the Gosh booth but I accidentally got a murky green instead of brown so I don’t know if I will be using it as much as I thought. It was completely free though once we gave our emails to enter some draw or something.

I got 10% of the Roller Lash which was great because I’d being dying to try it out for a while (look out for a review soon). I also got an OPI nail lacquer in the colour “Get Cherried Away” for only €6 or something which is almost half price. This is where my great restraint came in because there was a deal that you could buy any 6 OPI colours plus a set of 3 nail polishes including a base coat and top coat for only €40. They are typically about €11 per nail lacquer whenever I have seen them in shops so this was a really good deal. I really only wanted two colours so I decided not to get the deal and ended up making a further compromise of only buying the one. I had great envy for some of the other girls who where piling dozens of colours into their baskets though. 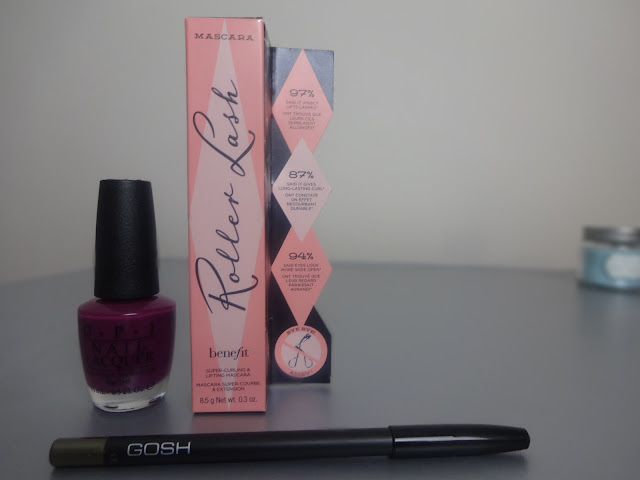 While I was at Benefit, I decided to take advantage of the 10 percent off discount and bought some Christmas presents, and because I because I bought more than two things there they gave me a gorgeous free tote bag. The two Christmas sets I bought allowed me to save quite a lot, over 32% on one and 58% on the other, and that was even before the 10% off everything was applied. One of the sets called Life of the Party included sort of mini/travel sized versions of a lot of Benefit products that combined would do most of your face for makeup. 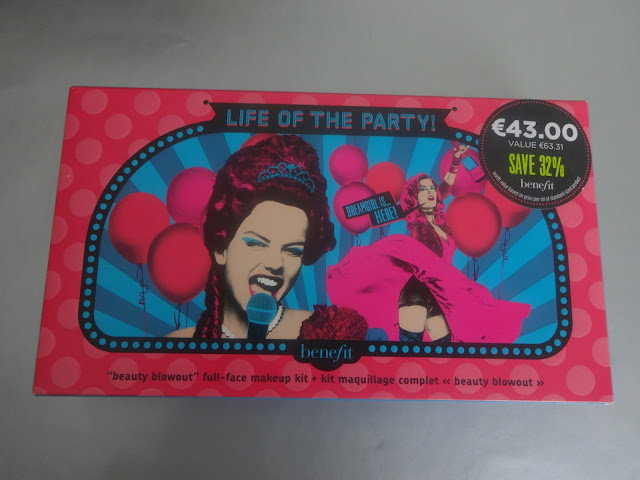 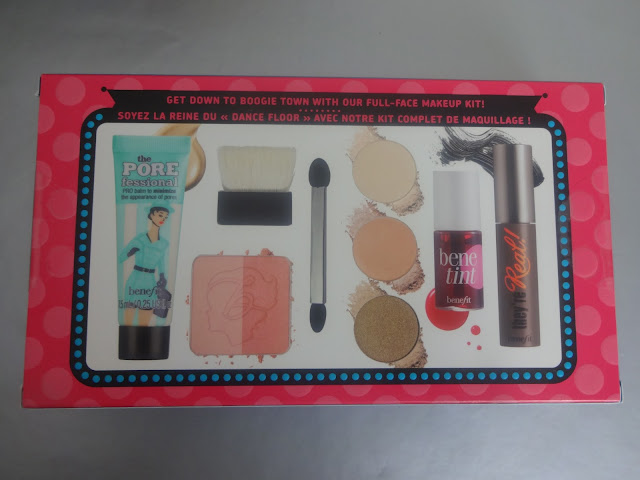 The other set, called Get Your Party On, contained 4 full sized products which included their Hoola bronzer, a They’re Real mascara, a High Beam and a Gimme Brow fiber gel. 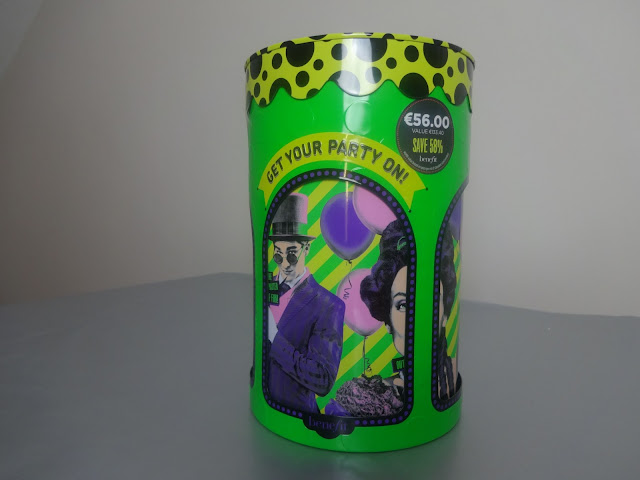 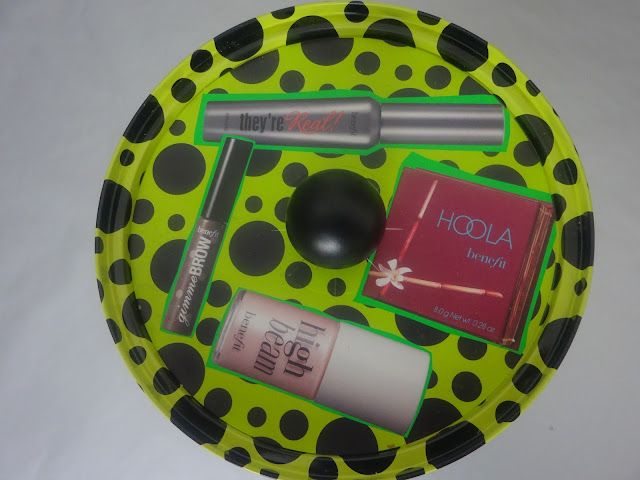 One of my favourite things that I got was the tote bag that I got for free at Benefit. It’s large enough to carry quite a lot of stuff and I really like it’s urban design. It was such a great free gift. I wasn’t even expecting a free sample let alone a free tote bag. 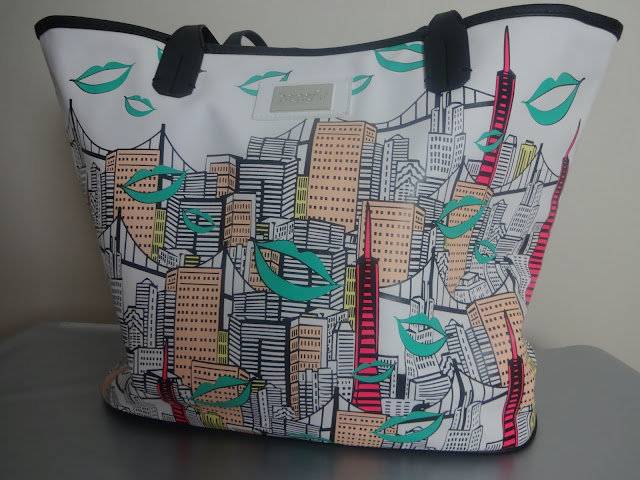 Another thing I got were some Sleep In Rollers for just €10. The set has something like 20 rollers in it and a free backcombing brush. Here is a link to their website if you would like to get some although I think the €10 offer was only available on the day of the event. 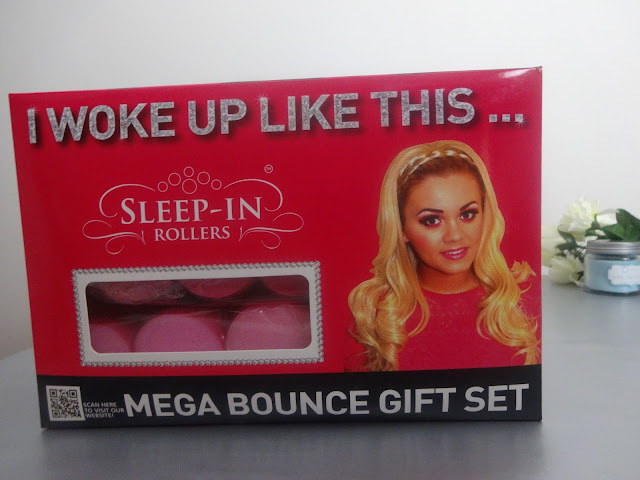 Last but not least was this Tan Organic and Skin Logic goody bag that I got at their lovely champagne reception. It included three sample products; some of their self-tan lotion, their multi-use dry oil and a 24 K Gold under eye face mask (which I am really excited to try out). I will be reviewing each of these products once I get a chance to try them out properly so much sure to look out for a blog post on each of them. 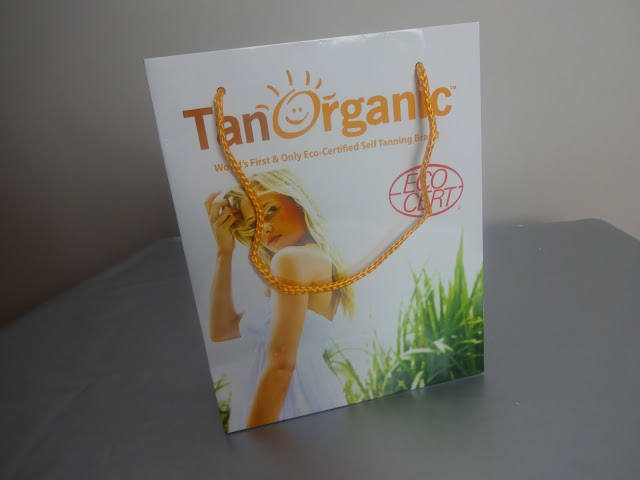 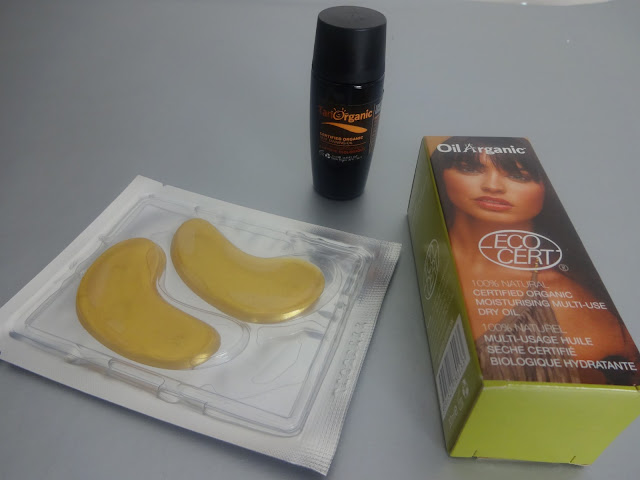 So that is everything. I know it seems like a lot but there was so much more I could have bought including a deal on 24 professional makeup brushes for just €100 which almost caused me physical pain to leave behind haha!
Are you as much of a shopaholic as me?? Let me know in the comments below.