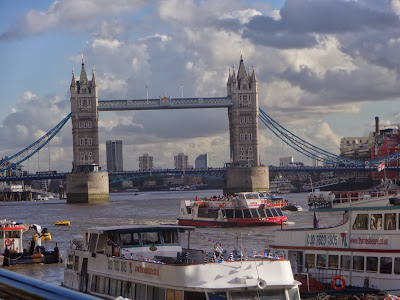 Hey guys, as you probably already know from my previous posts, I went to London for a week. I love London, it is one of my favourite places in the world. I went with a friend last Saturday by bus from Paris. We left at like eleven Saturday night and arrived around half seven in the morning on Sunday (including the time difference and after the clocks went back and hour) so we were travelling for a very long time.
We spent most of the week shopping so I have a few hauls coming up in the next week 🙂 The one I’m most excited about is my Lush haul. I’ve never been to Lush before because there is none where I live so we had to make sure to find a Lush store when we were in London. The store was amazing, I could have spent a couple of hours there, looking at all the amazing soaps and massage bars and smelling everything. I didn’t go too mad though, I only got a couple of things. I had to leave somethings behind because I knew if I bought too much that I wouldn’t be able to close my suitcase going home 🙁 but I will make sure to get them the next time I’m in London (or I might even order some online). I also got some clothes in Camden Market, Zara and Urban Outfitters that I will make sure to show you soon, whether it’s in a haul post or in some sort of look book/OOTD.
One thing that I did in London that I didn’t get to do the last time I was there, was to go see platform 9 3/4s from Harry Potter in Kings Cross Station. It was really funny trying to pretend I was running through the wall, which you can probably see from the picture that I wasn’t really good at it and it looks more like I was casually strolling through the wall 😛 I love Harry Potter so this was a must see for me in London especially since the last time I was there it was blocked off due to construction work so I couldn’t see it.

I went to Camden Market, which is probably not a good idea if you’re not trying to spend a lot of money. I bought some clothes there and a cool nail printing set that I’ll make sure to do a blog post about in the future, that makes nail art really simple to do. I also got a small airbrush tattoo of the Batman symbol on my wrist there because I love Batman and I wanted to see what a tattoo on my wrist would be like in case I ever wanted to get one in the future. It’s really cute and small and will fade after a couple of days but it was only £2 so I thought why not 🙂

We didn’t really do anything touristy until the last day when we had ran out of money from too much shopping 😛 so we went to The National History Museum, The Science Museum and Victoria & Albert Museum (which had a really cool exhibit of fashion through the ages) because they were all free. We quickly found out that we aren’t very touristy people though as the crowds were really annoying and we didn’t stay in each museum very long because of it.

I had a really good time in London and it was great to have a break from everything being in french for a while even though all the friends we made over there happened to be french, go figure 😛 I love London, and I can’t wait to go back there again 🙂 I hope you liked this post. Have you ever been to London? Would you like to go? Leave a comment below 🙂