0 shares
Hey guys, today I am reviewing the latest Stephen King book that I read, Mr Mercedes. I am a big fan of Stephen King but I had no idea what this book was about, other than is was sort of a detective story, when I bought it. That, and the amazing reviews it received, were enough to convince me to get it and see of it was any good. 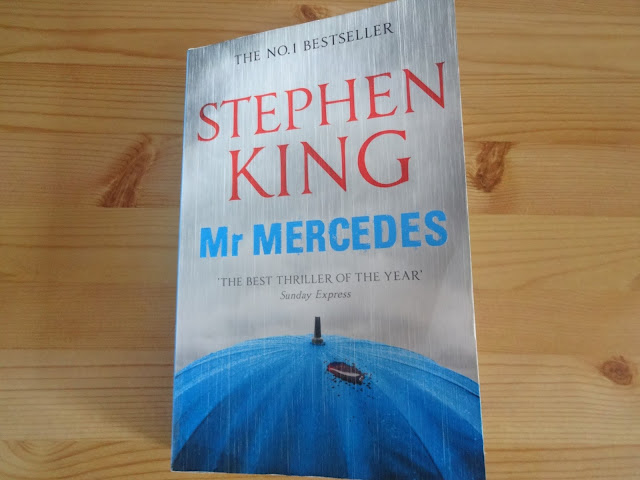 The book tells the story of a retired detective who goes rouge and tries to catch the Mercedes Killer, a man responsible for the death and injury of many people, without police help. This was quite an interesting story in that it was told in a sort of back and forth way, sometimes from the point of view for the detective and sometimes by the point of view of the Mercedes Killer. Throughout the book, they both are trying to one up each other as they communicate online. It is intriguing in that the reader does not just play the role of the detective, like in a typical detective story, but is also let in on some of the killers plans which the retired detective has no idea about. We read on in fear as the detective makes a wrong move or doesn’t realise what is in front of him because we know what the killer plans to do next.

The book continues back and forth with minor casualties until it all reaches a head. The killer is planning a mass attack on hundreds of people, an attack that the detective knows nothing about. We follow the detective as he tries to figure it out and worry if he can stop the Mercedes Killer in time. I won’t ruin the ending for you so you will have to read it to see what happens. Overall, I enjoyed the book and the development of the two main characters; they were both very interesting people and it was especially interesting to see things from the point of view of the killer.

The only issue I have is the ending of the book. When I read it I couldn’t help but feel that there was something missing, although I didn’t know what it was at the time. I have recently figured out what the ending of the book lacked but I guess I shouldn’t say it in case I ruin it. My mom also read it and she was happy with the ending but I felt it could have done with another chapter just to properly finish it all up because it seemed a little rushed or something. It’s hard to explain without explaining because the extra chapter I wanted includes a specific thing/event.

Anyway, I enjoyed reading this book and would recommend it. I love Stephen King’s writing and this book was no exception. Have you read this book? Let me know in the comments below. Also, if you read the book and are dying to know what my missing chapter is then message me on social media and I’ll explain. Talk to you guys soon.