0 shares
I thought it was time to do another music post since I haven’t done one in a while and there are lots of songs I love at the moment. So without further ado, here are my top favourite songs right now: 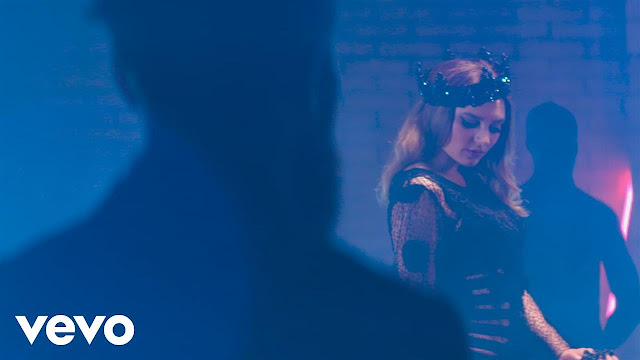 The first song on the list is by Daya and it’s called Sit Still, Look Pretty. I love this song. It’s basically about being independent and not just sitting still and looking pretty to impress a boy. She talks about how she doesn’t want a boy to treat her like a toy or a puppet, she just wants to do her own thing. It’s so catchy and I totally agree with the lyrics. You shouldn’t try to change who you are by acting dumb or really girly just to get a guy’s attention. I also like that she is very career focused and puts it above getting a boyfriend which is something I can definitely relate to. Boys are great and all but sometimes you just have to focus on you.
The next song is by one of my new favourite bands, Twenty One Pilots. I’m literally obsessed. I only heard of them when they released their hit song, Stressed Out, then I heard Heathens from the Suicide Squad soundtrack and loved that too. I’ve been listening to lots of their other songs on YouTube over the last few weeks and I just love their style, even though they have many styles, which is kind of what this song, Lane Boy, is about. It’s about not staying in the confines of your niche and being able to explore creatively if you want to. My favourite thing about Twenty One Pilots’ songs, including this one is the way they can work the words of their songs in such a poetic and meaningful way. I can always relate to the lyrics and love that they experiment with lots of different genres.
So Heathens isn’t the only song I like from the Suicide Squad Soundtrack. Sucker for Pain by Lil Wayne, Wiz Khalifa & Imagine Dragons with Logic & Ty Dolla $ign ft. X Ambassadors is another of my favourites. I mainly love the chorus but I also really like the different rap verses. All the songs I’ve heard from Suicide Squad are amazing and a lot of them have a fairly dark feeling to them including this one.
The next song is Ain’t My Fault by Zara Larsson. I pretty much love all of her songs. This one is upbeat and really catchy. It’s basically a love/lust song where she talks about how it ain’t her fault that she feels this way about a guy. It also has an amazing dance break in the chorus that you can’t help but move to.

The last song on the list is Shout Out to My Ex by Little Mix which is a great one to sing-along to. It is supposed to be about Perrie’s Ex Zayn Malik and has some pretty controversial lines in it. I’ll let you listen for yourself but you can probably see why some of the Directioners weren’t happy. I love singing and dancing to this song even though I don’t have an Ex to direct it at. It’s just a really fun song to listen to.

So those are all my favourite songs at the moment. If I had to pick a favourite it would probably be Lane Boy or Sit Still, Look Pretty. Which one of these songs is your favourite? Let me know in the comments below. Also, if you liked this post then make sure to give it a +1 on Google Plus or a Love on Bloglovin. I hope you are having a great day and I’ll talk to you soon.