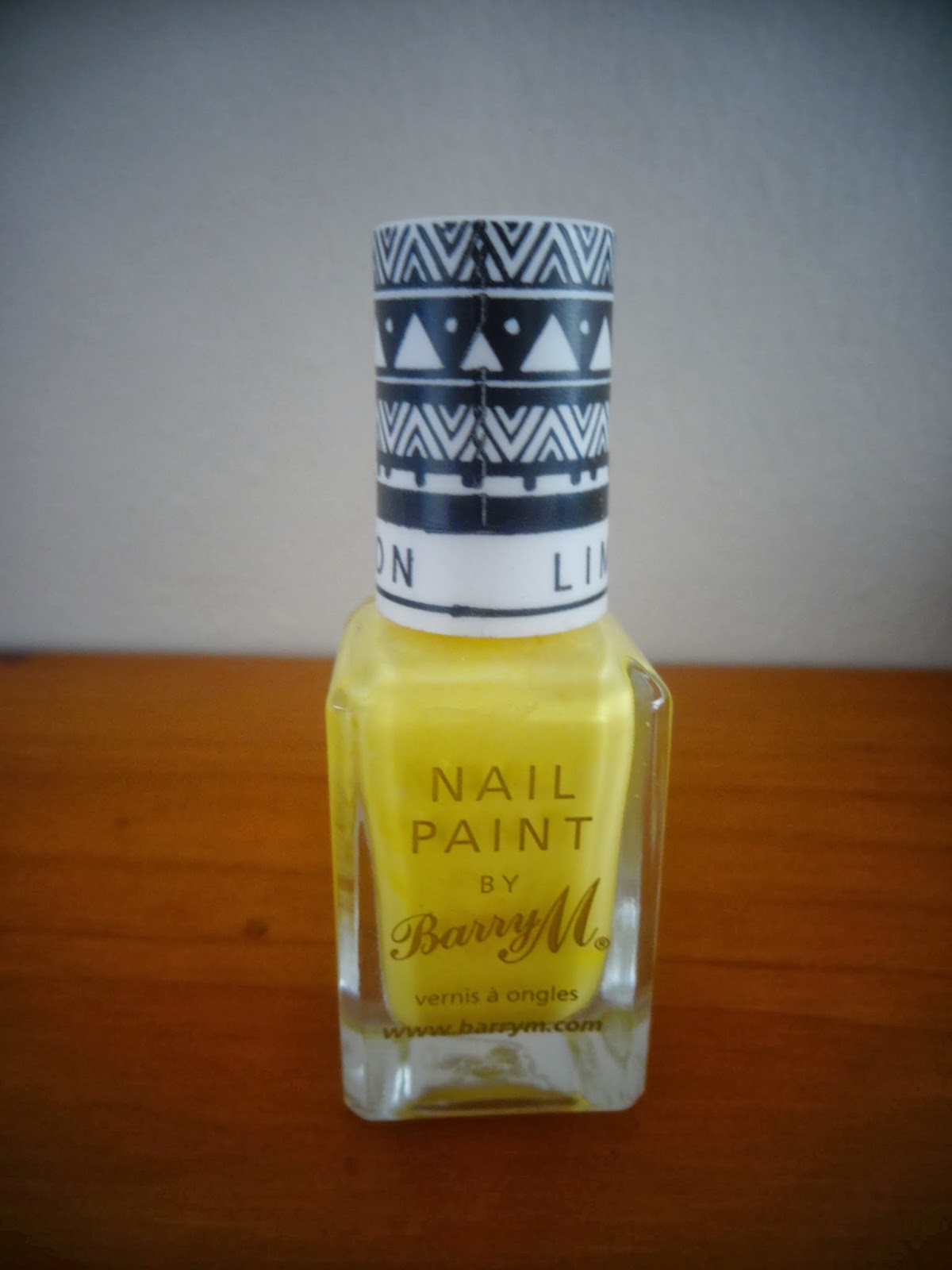 Hey guys, today I just wanted to do a small review of a Nail Paint by Barry M in Limited Edition yellow. I got this in Boots a few months ago because I wanted to use it to try out a nail look and it was pretty cheap, I think it was only €3.99 or €4.99. It’s really pigmented and I had perfect bright yellow nails after two coats. My nails didn’t chip as fast as with other cheap nail polishes I’ve used before, it seemed like a fairly good nail polish. Everything was fine until I took it off after a few days and realized that it had stained my nails yellow. It was really bad and looked like those horrible smoker nails in the ad’s to warn you against smoking. My nails stayed like this for over a month and I had to just keep painting over them to cover them up. I don’t have any photo evidence of this because it didn’t occur to me to talk about it on my blog and I wanted to cover them up as fast as I could. I know that I should have used a clear base coat on my nails before using this which it does actually say on the back of the bottle but I didn’t read it before I did them and I had no base coat at home (usually I don’t really need one for my other nail polishes because they never stain my nails).

I might use this nail polish again if I’m trying to create a nail look or maybe just in the summer but I definitely will do at least two coats of a clear base underneath it just in case. I’m not saying this is a horrible product or anything because they did warn me to use a base coat on the back of the bottle but I know there will be a lot of girls out there who don’t always use a base coat or read the back of every bottle of nail polish, so I basically just wanted to warn everyone in case they have bought any of the bright coloured nail paints by Barry M and didn’t think to read the back before applying them. Always use a base coat just to be safe with these nail polishes because they could stain your nails for the foreseeable future.