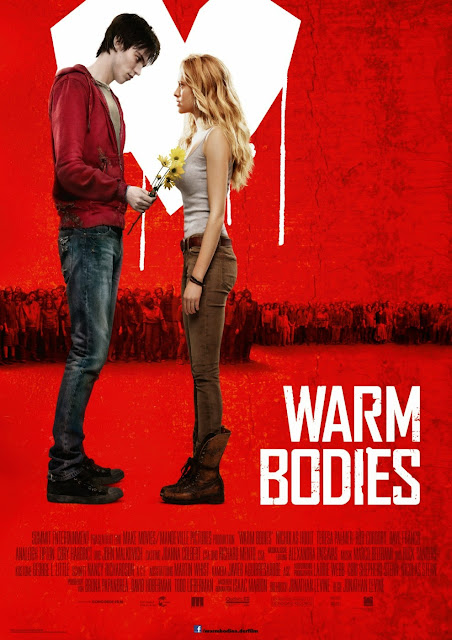 Hey guys, recently I watched the film Warm Bodies with Nicholas Hoult and thought that I should write a small review of it for you. First of all, I really loved the idea for this film. It was really cool to watch a movie that was from a Zombie’s point of view. In most zombie films, the zombies are the brain-dead enemies and we never see things from their point of view. I loved that in this film we saw them from a different side, that everything isn’t so black and white. It isn’t always that humans are the good guys and zombies are the bad guys. It also made the idea of zombies a little sadder, that they are sort of stuck in these slow-moving, grumbling bodies, not being able to communicate with anyone else. I’m not crazy about the typical zombie films, they are alright but they aren’t one of my favourite types of films. I wanted to see this since it first came out in cinema but I just never got around to it. It was just really intriguing to me; a zombie falling in love with a human and trying to be with her.

I like Nicholas Hoult and he did really well as a zombie in this film. Given that most of the time all he could do was grunt, he was able to show the wide range of emotions that was felt by the zombie and make the audience really feel for the character. I don’t want to give away too much about the film because I know a lot of you mightn’t have seen it so I will just say that if you still haven’t, it’s worth the watch. It wasn’t Shakespeare or anything but it was just really cool and different from any love stories/zombie films that I had seen before. If you have seen it, make sure to let me know what you thought of it down in the comments below. I’d love to know what you thought. Talk to you soon.